6 Women Who Are Ruling The World of Heavy Metal Right Now! 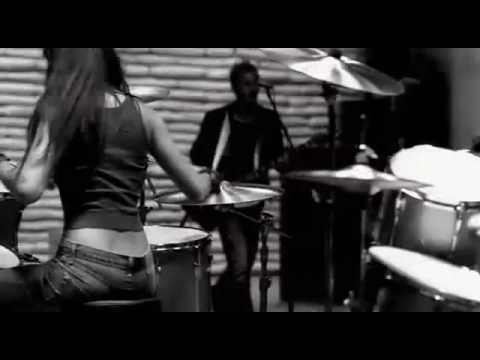 October 17, 2019
written by Bandadda Author
Filed Under News and Update

Warning: Invalid argument supplied for foreach() in /home/customer/www/bandadda.com/public_html/wp-content/plugins/accesspress-anonymous-post-pro/inc/cores/content-filter.php on line 12


The world of metal is (sadly) 99.99% men. In one sense, this not only restricts the ability of the genre but also creates a strong gender gap which is always unhealthy. But if you are a metalhead of any rank, stature, or creed, you know names such as Lita Ford, Doro Pesch, Jo Bench, Angela Gossow, Tarja Turunen, Alissa Glutz, etc. These ladies have been landmark musicians in the various sub genres of metal and have proudly held the metal flag flying high. However, I intend to use this space to visibilize bands and musicians who are contemporary and are likely to be the future of the ever expansive metal genre. So, the aforementioned names will not be appearing in this list.

Before we get started with the list let’s answer a question often found below such lists on the internet. And if you know the answer to it, scroll right past and head to the list!

Why do we need an all-woman list? Why can’t we list musicians without the mention of gender?

Alright, so go search for any list of metal bands online. It can be death metal, thrash metal, black metal, metalcore, anything. You are guaranteed to find that every such list consist of bands that are 99.99% all-male. And can you honestly say that such a large gender gap exists without reason?

Metal doesn’t just have a sexist problem, it has a visibility problem. And in order to solve a visibility problem you need to visibilize the minority to the maximum. And thus, here’s a list of musicians who are killing it in every way, and hey, they also happen to be women!

Mia Wallace is an Italian born bass wizard whose primary musical circle extends to the various reaches of black metal (as evident from the bands mentioned above). She formed her first band in Italy known as the The True Endless, and is currently known as the bass player of Niryth, an experimental black metal band from Switzerland.

Mia has been the bass player for Abbath since their recent album, Outstrider. And even more recently she has joined arms with Tom G. Warrior for Triumph of Death, which will be a touring band performing classic Hellhammer and Celtic Frost tunes. Mia states that she was the first woman in Italy to don the corpse paint and perform black metal live.

Nita Strauss became famous for her all-female Iron Maiden tribute band, the Iron Maidens. But it was in 2014 that she really got her big break as the shock rock giant Alice Cooper invited her to fill the shoes of Orianthi, his erstwhile guitar player. She is also a solo musician and has performed with various ensembles as well.

You are most likely to find Nita organizing guitar clinics and fitness routines all over the United States, but when she dons her black and gold Ibanez and hits the stage, she is truly a force to reckon with.

Stefanie is an out and out metal drummer who is known for her metallic hardcore band, Brutus. She comes from a rich background in music as her family owned a record store in Belgium, and now she lives in Denmark playing and screaming for Brutus. If you haven’t heard of this band yet you’re missing out on some seriously aggressive yet intricate works of metal and punk. This Netherlands based guitarist is definitely one of the trademark musicians of the new era of old school heavy/speed metal. And when she is not shredding away to glory with Burning Witches, a swiss power metal band, you can find her on bass duty for Dutch death metal giants, Sepiroth. Sonia is currently endorsed by Jackson guitars and EMG pickups. Lizzy Hale should require no introduction and neither should Halestorm. She has appeared on the cover of various magazines and is one of the best frontwomen in hard rock in current times. She has also been associated with tons of industry giants such as Dreamtheatre, Machine Gun Kelly, Stone Sour, etc. She is quite vocal about her sexuality and is a strong supporter of social causes related to sexual minorities. 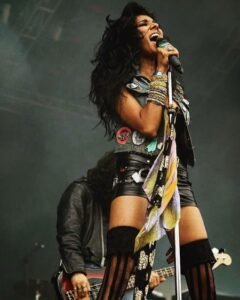 This Canadian based singer is perhaps one of the epitomes of the NWOTHM scene that’s been going strong since the last decade. She brings together glam metal, traditional heavy metal, and thrash metal to form an unique sound that has kept Diemonds ahead of the flurry of old school bands to have come out in recent times.

Hopefully this list could introduce you to some new musicians and also helped curate a new playlist. Until next time!

Band Adda is a T-Shirt & Accessories website for people who love MUSIC, and love designs that combine the good old t-shirt with a dose of